Satta Matka, as a term may be unknown to many. But if we say its gambling, we’ll immediately figure out what it is. In English, it is also referred to as Matka gambling. Gambling is an illegal activity in our country today, and the Satta Matka in its original form has ceased to exist. But we do play it in various forms like the Rajdhani Day, Main Mumbai Day, Kalyan Night, Kuber Morning, etc. In today’s scenario, the gamble is placed on numbers. The players involved in this business, bet their money on the number of their choice to win the game.

However, do we know anything about the Satta Matka as it existed? Very few know how it all began, what was the origin, who started it and why it became illegal. Would it not be interesting to find out? Let’s delve into it then!

The Satta Matka was actually started off as a lottery, which involved guessing and betting on the opening and closing rates of cotton which was transmitted from the New York Cotton Exchange. As surprising as that may be to few, it is true! 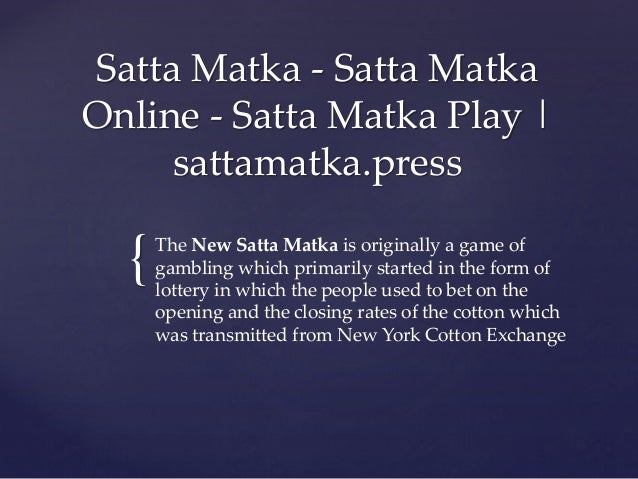 And, when did this start? In the pre-independent India, it was known as the Ankada Jugar. This was however changed and replaced in the 1960s. It improvised into versions such as pulling out slips from a large pottery pot which was known as a Matka or dealing playing cards. That’s how the practice came to be coined as ‘Satta Matka‘. Satta stands for gambling and matka means an earthen pot. 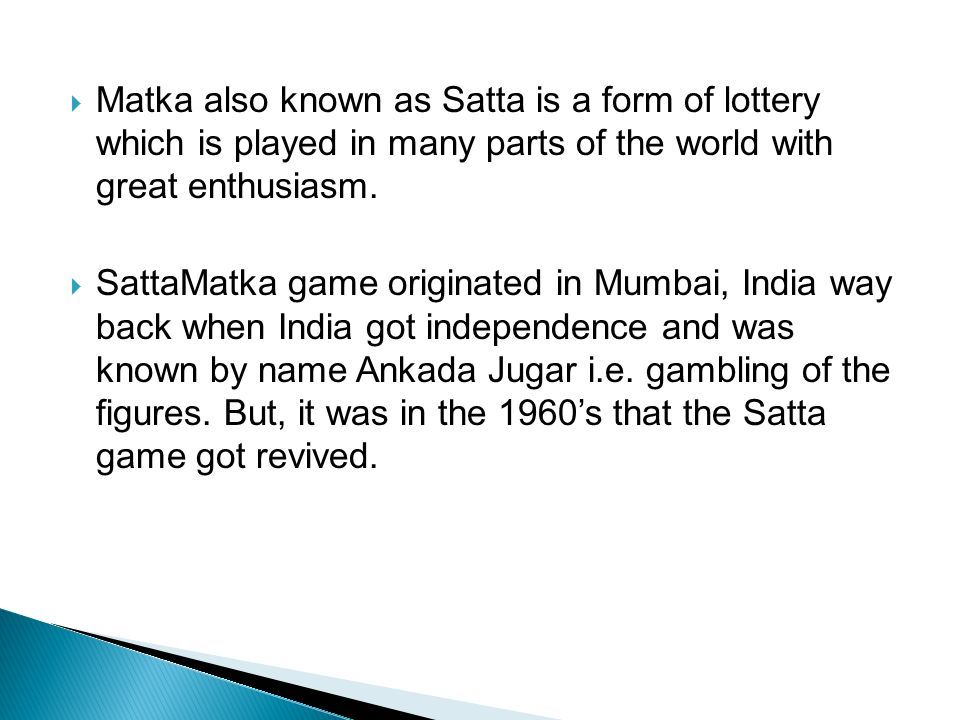 The original form of this game involved betting which would take place on the opening and closing rates of cotton as transmitted from the New York Cotton Exchange to the Bombay Cotton Exchange, via teleprinters.

But, who started it? Well, as to that we have three ‘Matka Kings‘ as they have or had been crowned then. These include:

In the 1960s, Kalyanji Bhagat ran a grocery shop in Worli. He acted as the pioneer of the Satta Matka by accepting bets on the opening and closing rates of cotton traded through the New York wholesale market. It was he, who in 1962, started the Worli Matka. This was because, in 1961, the New York Cotton Exchange stopped the practice started off by Kalyanji. 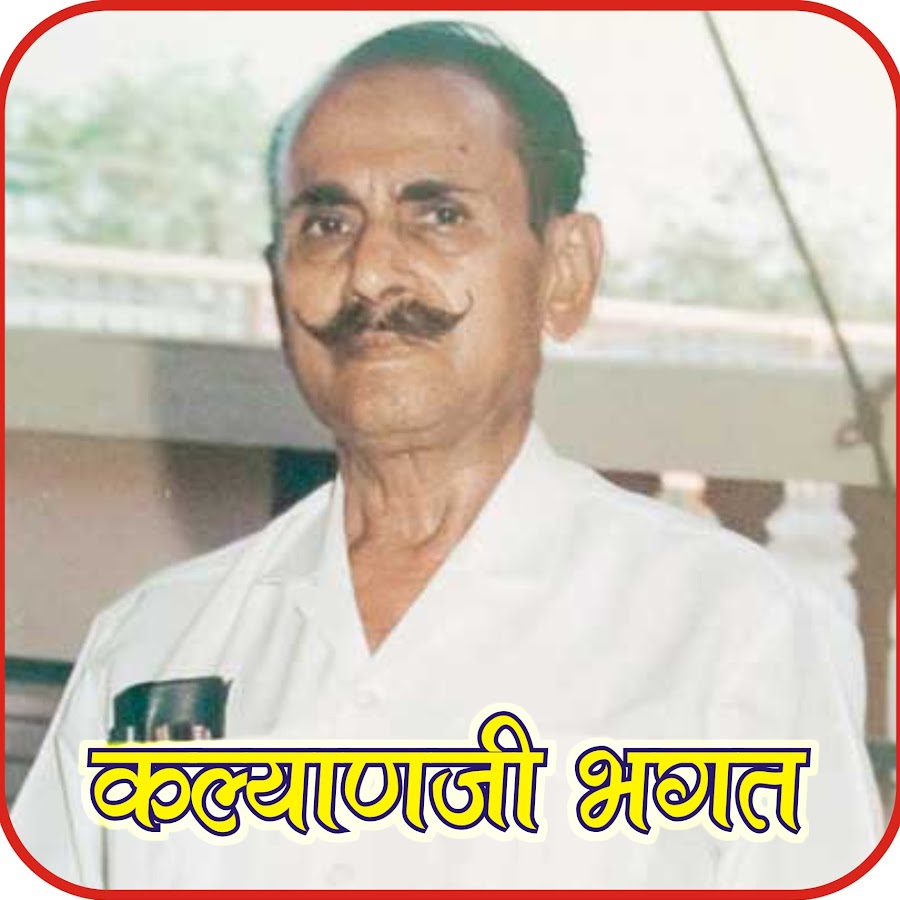 Following the closure by New York Cotton Exchange, it was Rattan Khatri who came up with and introduced the idea of declaring the opening and closing rates of imaginary products.  This was one of the many ingenious ways the punters came up with while looking for alternative ways to keep the matka business on.

It was also Ratan Khatri who started the practice of drawing out three cards to decide the day’s number. This betting was considered to be genuine by many as the said cards were opened in the presence of a patron. Another name to reckon with in the Satta Matka is Suresh Bhagat, who was also one of the leading players in the Indian gambling business. His death is believed to have been conspired by his own wife and son.

Though gambling may have become illegal, the likeness and addiction to it remain the same. Today, the Satta Matka has been infamously replaced by cricket betting and games like teen patti. 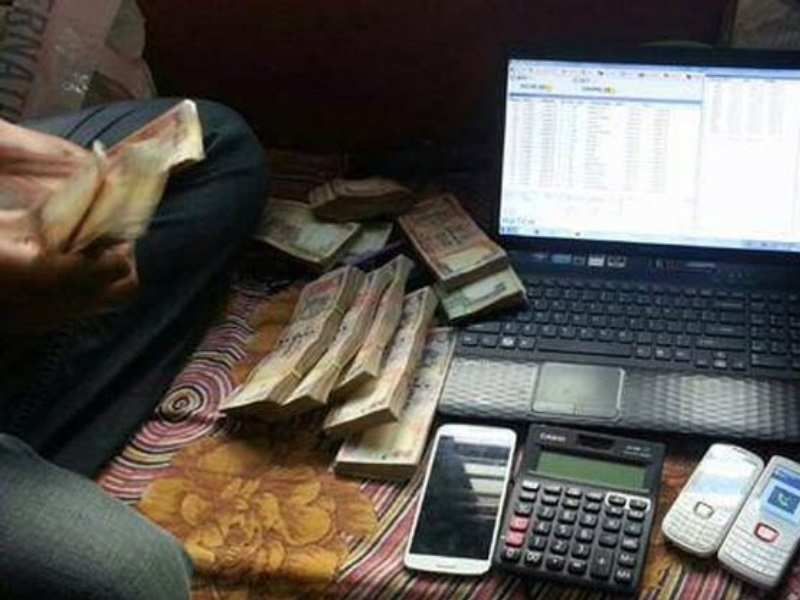 Satta Matki may have become illegal (or have got replaced), but it will always be remembered for the adrenaline rush it provided to the gamblers.

Note: We don’t endorse gambling in any form and practicing it is illegal. This article is purely for reporting purpose.