Kumkum Bhagya is one of the most watched Indian television shows. In fact not only in India, the show a popular one even among the NRIs too. It is an absolute hit among ladies who are fans of love stories. The love story is the typical ‘opposites attracts’ one where the girl is a humble, shy and simple. On the contrary, the boy is an outgoing rockstar. Though it is a ‘gheesa peeta’ formula, it is one which is tried and tested, and maybe that is why it’s working so well.

Made under the helm of Ekta Kapoor’s Balaji Telefilms, there’s no need to explain why the name starts with a ‘K’. The English meaning (or rather a translation) of the title is ‘Marital Luck’ and it revolves around the marital life of its central characters Pragya and Abhi, played by Sriti Jha and Shabbir Ahluwalia respectively.

Though it may be hard to believe, or to even draw adaptive comparisons, the show is actually loosely based on Jane Austen’s novel, “Sense and Sensibility”.

The lead actress, Srithi Jha, has become a household name thanks to the popularity of Kumkum Bhagya. Though this isn’t her first stint in television, she gained fame through this show. Despite this, the actress, in a Twitter conversation with her fans, confessed that Pragya is not her favorite character. She further revealed that her favorite role was that of Sudha, which she played in one of her past shows titled Jyoti.

Since it was aired for the first time in April, 2014, Kumkum Bhagya has been broadcast in approximately 14 countries including India, U.S., U.K, Philippines, and even Ghana. When the show started it was one of the lowest rated shows. Presently, Kumkum Bhagya is one of the top ten shows in India. 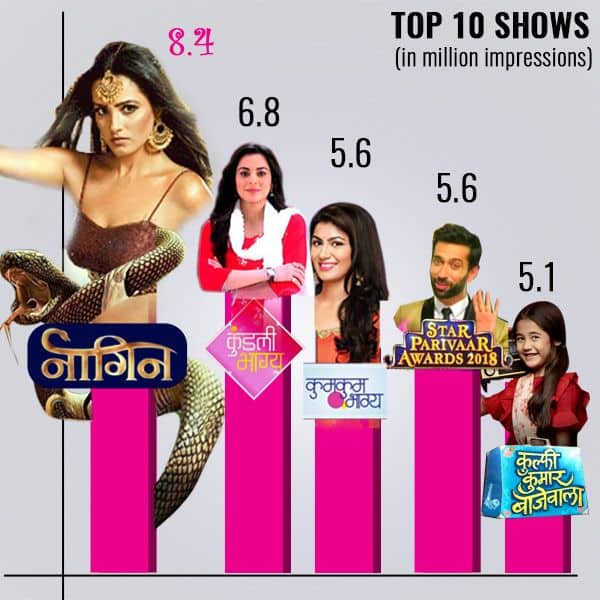 It is also one of the longest running TV shows in India with a successful stint of over 3 years now. The success of the show has been acknowledged through awards too, with approximately 34 awards ranging from Best Show to Best Supporting Actress.

A show that has run that long, cannot be without scandals and controversies. The result of which has been that Kumkum Bhagya has seen multiple replacements of actors, both in the lead and supporting roles. As of 14 December 2018, the show has completed ‎1,253 episodes. What are your views on the show? Will you be watching it? Let us know in the comments!

1 thought on “Kumkum Bhagya: A TV Show Stealing The Hearts Of People All Across The Globe”