Those who have read The Bible, always have the question that “What is 666?”. We have all heard of about this infamous number. But why is it so conspicuous? The reasons behind this are many. Some of them, over time, has taken a new meaning completely. Just like the existence of myths and superstitions in many religions, this number is surrounded by the same. Some of them might be true and some on closer inspection, make us realize that they are just unproven theories.

It all began with the New Testament, wherein we got our first clue about what is 666. In this, the number 666 has been referred to as the ‘number of the beast’. However, this hasn’t been said in direct terms but is given rather cryptically. More recently, 666 has also come to be known as the number of the Antichrist.

For the unprecedented, the New Testament has been around from the past 2000 years. So, why has such a seemingly simple and symmetrical number come to be associated with fear and has been giving everyone the creeps? It seems to be just another number, correct? Saint John ascribes this numerical value as the mark of the beast by saying:

“Here is wisdom. Let him that hath understanding count the number of the beast: for it is the number of a man; and his number is six hundred threescore-and-six.”

However, for numerologists and coding experts, this is simply a hidden message or code.

Mathematically speaking, the number 666 doesn’t have any remarkable properties. So, we would simply need to decode it in another language. If we look back in history, we’d come upon something rather incredible about how the Bible was originally written.

As many might already be aware, the text of the New Testament was written in ancient Greek, where the numbers in the text are written as letters. This was also the case in Hebrew, which was the language of the original Biblical texts. So what is 666 or what does the number 666 mean when you translate it in Greek? The ones well-versed with Greek history know about the tyrannies of Nero Caesar and how he condemned the Church and the Holy Bible.

Interestingly, some people also believe 666 to be a sign of good luck.  For instance, in Chinese, 666 is a tonal equivalent for ‘things go smoothly’ and is a hugely favored number. 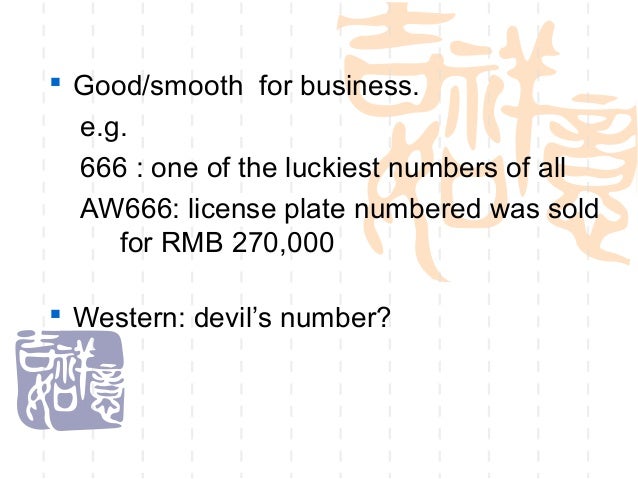 For those who love gambling, you’d be happy to know that 666 also has an alliance with the roulette table, as the sum of all the numbers on the wheel.

Do you believe in 666 is an evil number or the symbol of Antichrist? What are your views on what is 666? Let us know in the comments.