With every new end, comes a new beginning. It is the 30th of December with just the last few hours remaining of 2017. Most of us will be busy celebrating away and welcoming the new year with gusto. But in the hopes of a good tomorrow let us also remember to reminiscence the past year which has given us a lot to be remembered!

2017 was indeed an eventful year, with many achievements and some lows too! So let’s take a jog down the memory lane and recall some of the most important events that happened in 2017.

The much contested Goods and Services Tax (GST) was rolled out on July 1, 2017, replacing multiple taxes levied by governments.

2. ISRO made us proud-yet again

It was yet another year of jubilation for Indian Space Research Organisation (ISRO) for it achieved a historic feat of having launched a massive 104 satellites using its Polar Satellite Launch Vehicle (PSLV).

On February 15, the Indian rocket successfully managed to launch Cartostat-2 (India’s earth observation satellite weighing 714 kgs) along with 103 other co-passenger satellites in a single go. 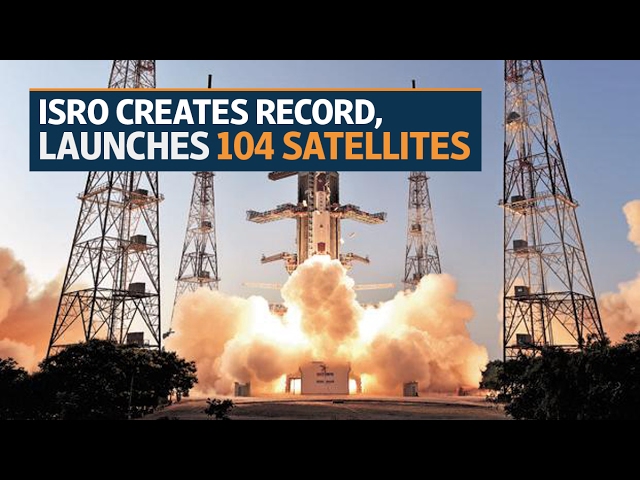 The pollution across Indian cities rose to dangerous levels, with the National Capital Region (NCR) i.e Delhi topping the chart of deadly pollutants present in the air.

This online campaign initiated by actress Alyssa Milano in early October saw thousands of Indian women speak up against sexual abuse. The outpouring of disturbing narratives by women on various social media platforms had #MeToo going viral and soon it turned into a movement of solidarity for women who were victims of various form of sexual harassment. Repeated droughts and failed monsoons leading to subsequent crop failures have rendered scores of farmers across many Indian states helpless and suicidal. 2017 saw plentiful protests of many such distressed famers who walked the streets of Delhi seeking political intervention in the form of compensations and loan waivers.

In line with repeated border clashes, tension between world’s two most populous economies escalated over the disputed Doklam plateau in Western Bhutan. China’s stubborn road building efforts in the region has irked India to the extent that it’s now prepping for a two-front war.

Despite the 10-week military standoff with China, India’s Army Chief General Bipin Rawat warned on September, 2017, that India should be wary of military tensions that could further snowball into larger conflicts, with Pakistan taking advantage of the situation.

India hosted the 17th FIFA U-17 World Cup 2017 from 6-28 October. The matches of this biennial tournament which marked the first of any FIFA events held in India, were held across six cities in India.

8. India got a new President and Vice-President

This year has been a year of conssitent good performances in the sports arena for the country. Where the Women’s Cricket team managed to reach to the final of the World Cup, the Men in Blue have had a winning streak the entire year. In other sports too we have shone thanks to stellar performances by Sakhsi Mallik, Saina Nehwal, PV Sindhu and many more.

So while the question of women safety and security remains unanswered and there are horrific rape cases coming forth everyday, the nation questioned the authenticity of a fictitious woman who they believed was being wrongly portrayed in a movie. From threats of cutting off Deepika’s nose to suicide being committed as a protest against release of the movie, there has been a lot done and said around this movie and the question of its release still remains in the dark.

Bringing in the much needed change, the Lok Sabha passed the bill on ban of triple talaq.

There were many other important events like Manushi Chillar brigning the Miss World crown home after 17 years, the brutal murder of Gauri Lankesh making us question our freedom of speech and liberty, the increasing number of railway accidents and much more. However, as they say we must put the events of the past behind and keep striving for a better tomorrow and future.

Hence, let’s hope the good continues on and the bad stays behind in 2018!